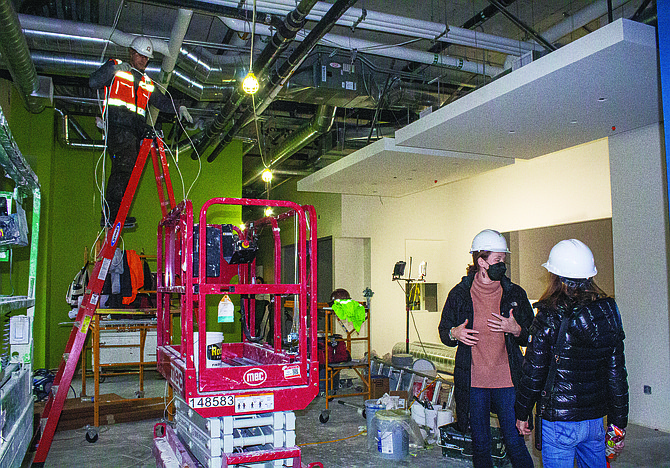 Summit Community Center Executive Director Alicia Nathan, center, speaks with a parent during a tour at the center, currently under construction, in Capitol Hill.

When Morgan Brewer and Luke Sarantinos saw each other at the Magnolia Starbucks recently, it was like no time had passed at all since they were last together.

The pair became friends when they participated on the same Special Olympics Washington track team years ago, Erin Brewer, Morgan’s mom, said. When recreational opportunities for the two ended, they lost contact, even though they live in the same Seattle community.

While unfortunate, Erin Brewer said this isn’t unusual for young adults in the intellectual or developmentally disabled community.

That is something, however, that Brewer, other parents like her and advocates are changing with the creation of Summit Community Center.

Brewer is the co-founder and co-board president of the SCC, an educational and recreational center and resource for members of the intellectually or developmentally disabled community or people considered neurodivergent and their families.

While some programs have already begun, the center will open Jan. 30.

It will initially serve young adults ages 18 to 29, in their transitional years, but Brewer said the age range will likely expand as membership numbers grow and members age out.

“It’s meant to be a lifelong center,” Brewer added. 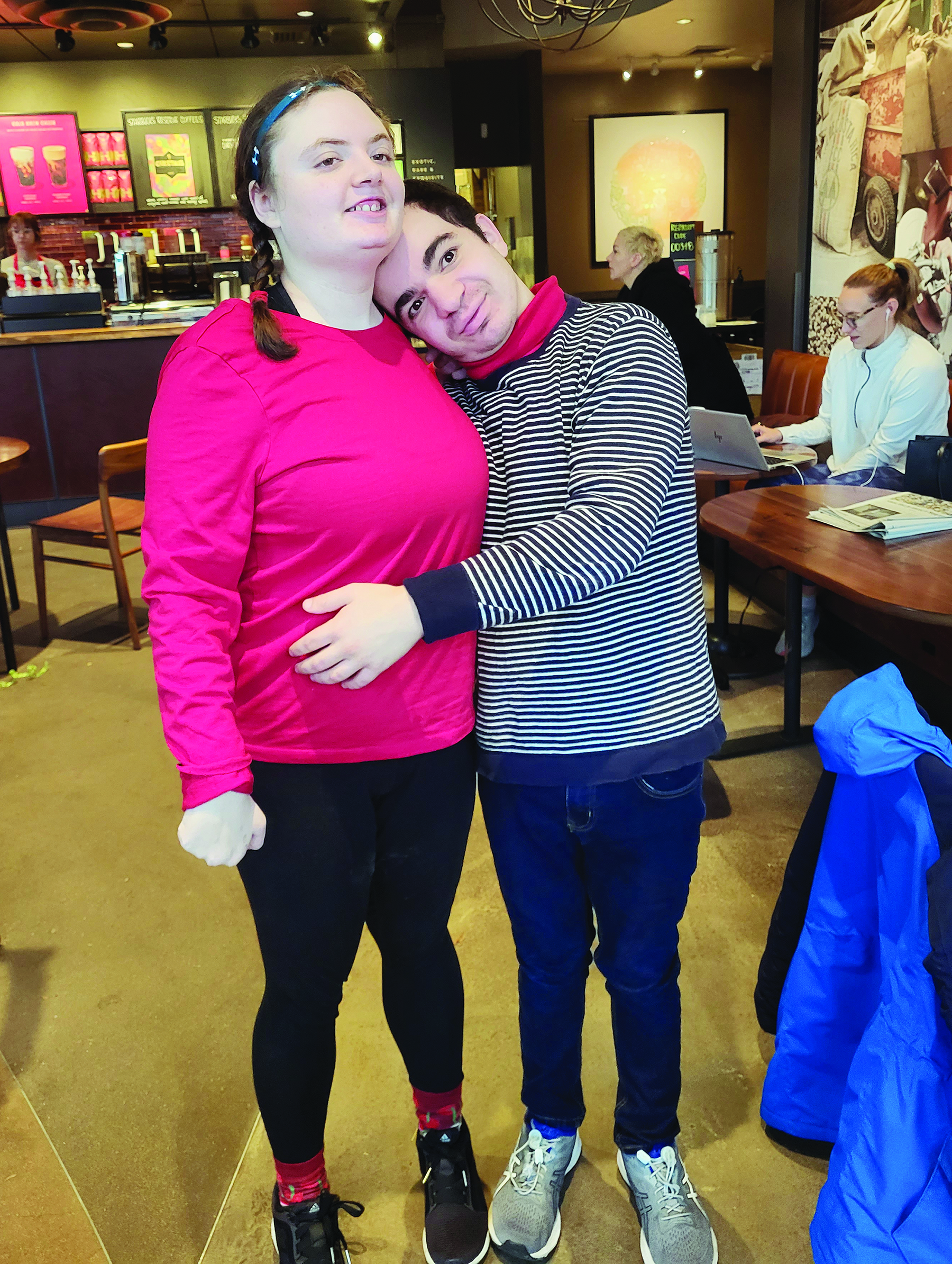 Friends Morgan Brewer and Luke Sarantinos hug after seeing each other for the first time in a while at Starbucks in Magnolia. When it opens Jan. 30, Summit Community Center in Capitol Hill will give neurodivergent young adults like Morgan and Luke a place to hang out, take classes, join clubs and renew old friendships and make new ones.

Filling in the gaps

Brewer said one of the reasons behind creating the center is to fill a critical need, stating that young adults with intellectual and developmental disabilities are “a chronically marginalized population.”

She said existing programs mostly serve children in kindergarten through 12th grade, but after that, services drop off and all but disappear when they turn 21 and must leave the K-12 educational system.

“There’s no one to help you navigate the system,” she said.

For Morgan and Luke, Summit Community Center will provide a place to renew old friendships and make new ones while taking classes and participating in recreational activities.

“The community feels like it’s coming back together,” Brewer said.

Sarantinos said having a place such as Summit Community Center to visit is important for her son because he no longer has siblings in the house to interact with on a daily basis or anyone his age whom he sees regularly.

“This is a social outlet,” Brewer agreed. “They need peer-to-peer interaction.”

As well, Sarantinos points out that some parents don’t have the resources and the connections to provide that interaction or stimulation for their children when they reach a certain age, which is disappointing.

“When Erin told me about Summit, I was just so grateful to have found out about this because it can be an isolative life,” Sarantinos said.

Brewer said she is excited for construction to conclude at the center (at 1830 Broadway), which is in the Capitol Hill neighborhood next to Cal Anderson Park. Not only does the building provide ample space for center activities, it is in a centralized location and close to light rail and bus services, Brewer said.

The building is 6,800 square feet, with a 2,400-square-foot outdoor area. Once complete, it will include a recreation area, an art/creative room, community/lounge area, gaming room, professional kitchen, technology room, study/sensory room, lockers and administrative offices. Programming will be built around four areas: education, recreation, community and growth.

“We want to create a place where [members] create community and they are well-integrated into the broader community, that they’re seen in the community,” Brewer said, adding the center will serve people with all abilities and focuses on strength and growth.

Initially, organizers envision the community center offering different educational and recreational classes and clubs geared toward skills and interests such as music, art and technology, but they would like for it to eventually include revenue- and job-generating opportunities, such as businesses.

“What’s beautiful is from growing it from the ground up, we’re going to evolve and grow,” Brewer said.

To ensure the center’s success in its launch, the SCC board hired Alisha Nathan, formerly the head of the high school and transition services at the Academy for Precision Learning in Seattle, to serve as the SCC’s executive director. Brewer said Nathan is a licensed social worker and “a passionate advocate for the IDD community.”

Advocacy is central to the center’s purpose because many families with members who are neurodivergent are not able to advocate for themselves, especially when their children transition out of high school.

“The information isn’t out there for people to capture,” Brewer said. “There’s a large part of the community who don’t have anyone to advocate for them.”

Along with Nathan, the center will have a social worker/case manager, a program and volunteer coordinator fundraiser, a director of philanthropy and billing administrator. The staff to member ratio will be approximately four to one, with many of the staff members working part time and in the same age range as the members.

A lot of work has gone into opening SCC, Brewer said, and it would not have been possible without help and funding through partners such as the Special Olympics Washington, the University of Washington, Seattle Theatre Group, Outdoors for All and private donors. The SCC was recently awarded a $151,500 grant from Pitch Your Peers Seattle, an organization founded to engage women in local philanthropy and to collectively fund grants to nonprofit initiatives that serve King County, according to a news release.

Partnerships and fundraising will continue to be a critical component to SCC’s success and sustainability, along with membership fees and private donations. Currently, SCC has 55 members, and Brewer expects that to grow to 100 by the end of 2023.

“To me, this is all about home and growth and success,” Brewer said. “It’s all strength-based.”

To learn more about Summit Community Center or to donate, visit summitcommunitycenter.org.

Summit Community Center (1830 Broadway in the Capitol Hill neighborhood) will open Jan 30 and provide educational, recreational and social opportunities for people ages 18-29 with all ranges of ability in the neurodivergent and intellectually and developmentally disabled communities.